Review of The Legend of Unicorn Online Slot

The Legend of Unicorn is an online video slot game produced by Viaden Gaming. As one of the smaller casino game manufacturers, Viaden lease their games out to specific online casinos. The casinos then host the game using one of the bigger casino software platforms. As the title infers, the theme of this game has to do with Unicorns and all magical and mystical.

In the game, players can immerse themselves in a fantasy world where fairies live in the forest; unicorns roam the lands and magic rules the world. The backdrop to the game is cartoon like forest with a bright green screen speckled with floating white stars. Despite the lack of animation, the graphics, backing track and sound effects all work together to produce a calm and pleasant slot experience.

The slot machine in the Legend of Unicorn is based on the classic setup of 5 spinning reels with 9 paylines. Players can select a single payline or any number up to nine. The game itself has more to offer than just the basic slot. Despite its simplistic nature the game does come with some reasonably lucrative bonus features including wild symbols, scatter symbols, free spins and a healthy slot jackpot of 9000 coins.

On the reels, players will find a host of mystical images that bring out the theme of the game. Some of the highest paying symbols include a majestic eagle, a fairy, a unicorn, a castle, a mushroom and a dewdrop. Completing the reels are the standard high card symbols from nine to Ace. These are used as the lower paying symbols in the game. 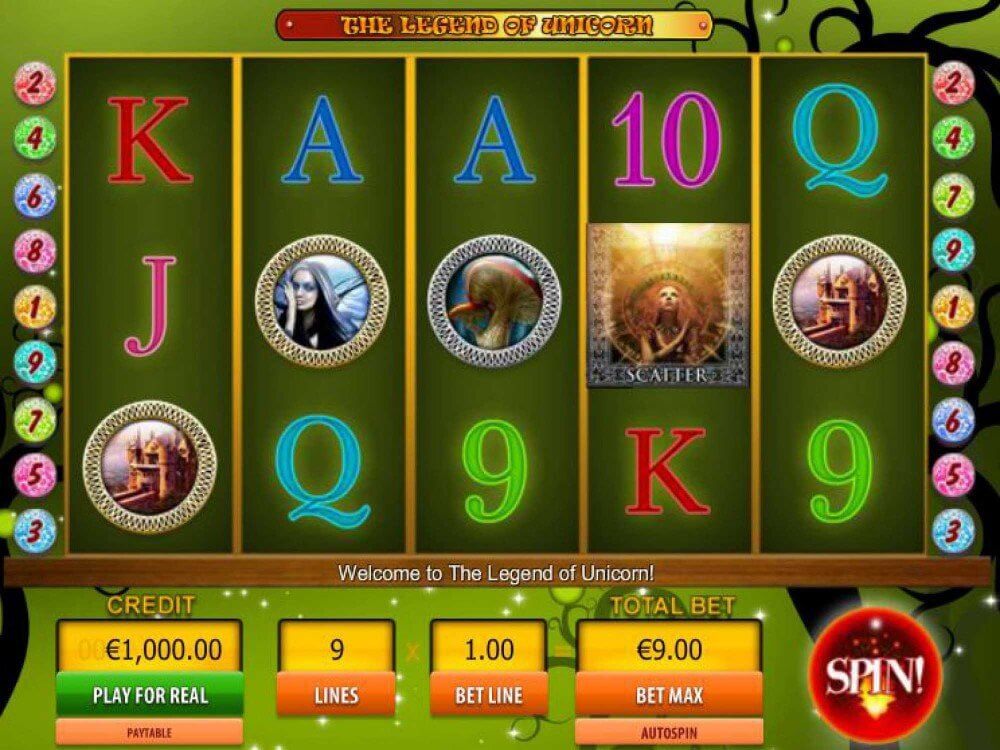