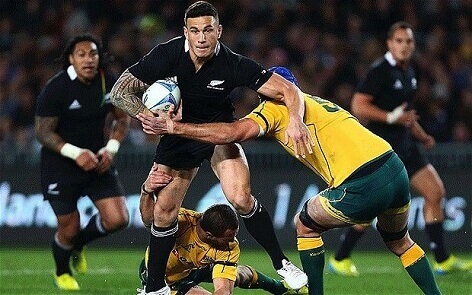 Betting on the sport has kept up with the digital revolution. Online rugby sports betting has given many more punters access to the market, so they can place different types of real money bets on games played at local and international levels.

Online betting requires a computer with an active internet connection, as well as access to at least one of the payment methods accepted by the punter’s bookmaker.

In most countries with a strong rugby tradition, important events and tournaments usually take place seasonally. It is during such times that online rugby sports betting sees a spike in activity.

Most punters who have placed bets also watch the games, either as spectators or on television, which can often be a very sociable activity. Many punters place live bets during such events to further heighten the sense of participation and excitement.

The Rugby Championship, the Six Nations Cup, the Rugby World Cup, the Currie Cup of South Africa, and the English Premiership, as well as Super Rugby, Rugby League European Cup, and the Pacific Cup are some of the events that attract the most interest from punters and supporters.

With club, provincial, and national rugby games and events happening over the better part of the year, Australian sports betting offers punters a means of placing a wide range of bets.

Further scope is offered by the game itself, which takes two different forms; namely, rugby union and rugby league. The bet types available also provide punters with enough scope to form betting systems and strategies well in advance of the games.

Punters have the option of fixed odds betting, outright bets, futures bets, over and under bets, and special bets also known as prop bets. Other bets that can be placed include Man of the Match and point spread bets.

A Closer Look at Rugby

The sport at the heart of online rugby betting developed in the United Kingdom as a variation of football that was played at public schools. As the game evolved, rugby league and rugby union were codified, with union being the more popular of the two.

The game spread rapidly, and has become an important part of sporting culture in countries such as Argentina, Australia, England, France, Ireland, Italy, New Zealand, Scotland, South Africa, and Wales.

Rugby union games are played between two teams of 15 players a side. However, when it comes to Rugby Sevens, a form of rugby union that can also be bet on with online rugby sports betting, teams consist of seven players a side.

Players must move the ball by either kicking it forward or by running with it. They may not throw the ball forward.

There is no need for punters to download software for online rugby sports betting. Everything, from signing up to depositing real money, can be done in browser.