Wikipedia describes The Hustler as a 1961 American drama film directed by Robert Rossen. It was adapted for the screen by Rossen and Sydney Carroll from Walter Tevis’s 1959 novel also called The Hustler. This description is so bland it does the film no justice at all, because the film has actually achieved such iconic status that the very name of the film has become part of the lore of the sport, and the main character of the film, Fast Eddie Felson, a touchstone character representing an entire category of talented but flawed heroes.

There are only a handful of movie characters so real that the media refers to them as touchstones. Fast Eddie Felson is one of them. Paul Newman’s performance in The Hustler created a character that hit a poignant nerve in the human psyche, a talented personality that was ultimately defeated not by his sport, but by a personality shortcoming. 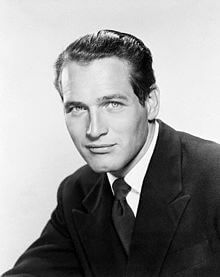 The sport of billiards is the environmental setting for The Hustler. The film does not follow the action in a shot by shot breakdown, but rather focusses on the interactions between the players, and how these change and develop, how the players’ self-confidence, money management and psychology evolve. Fast Eddie Felson ultimately fails in his love for Sarah Packard (Piper Laurie). Despite the plot being effectively an epic duel between him and Minnesota Fats, Fast Eddie Felson’s actual pool talents are never in doubt, but where he fails is in his love for Sarah and his self-destructive impulses.

It is perhaps the supporting cast in The Hustler that takes it out of the average film category and places it on the higher levels. George Scott is a vicious gambler and manager as Bert Gordon. Bert is constantly playing the best games online like mind games with the protagonists, coldly prepared to have physical harm done to them when it suits him, and this ruthlessness provides s strong catalyst to the story development. Similarly, Jackie Gleasons’ portrayal of pool champion Minnesota Fats, is simple and direct. Simplicity of movement and dialogue make Minnesota Fats a memorable character that won Jackie Gleason the Oscar nomination for the role.

The Directorial Influence and Irony

The Hustler was produced and directed by Robert Rossen. His influence on the film as a whole should be borne in mind, for as a writer from the 1940s had succumbed to the McCarthyite witchhunts, admitted being a communist, and named some 57 co-communists. He had by this traitorous act been allowed to continue working, and the shadow of his experience is sure to have been reflected in some of the compromises that Fast Eddie is forced to make. In a complete twist of irony, The Hustler, which was filmed in black and white yielded no immediate Oscar for Paul Newman. In 1986 he received his only Oscar for the Color of Money, a sequel to The Hustler, and most critics consider this simply to be a belated offering for Fast Eddie’s first appearance in film.

But what makes The Hustler a special film, and deserving of all the accolades it has received is the depth of supporting characters and smaller parts. This and the screen time being divided so evenly amongst the various parts has raised it to being considered of the 100 most influential film of all time.